A few days ago, I found myself having drinks with a good friend of mine.  She is sharp, educated and an international traveler.  As the long island ice teas added up, the conversation changed, as it often does, from lifestyle into relationships.  It was then that I heard something that actually caught me speechless. 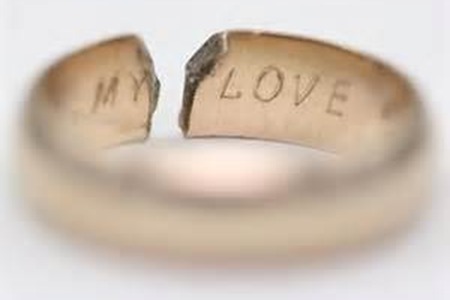 “I’m just ready to be married so I don’t have to do this anymore.”  This referring to the independent single woman status.  I was completely lost. Having taken my opinion for granted, I had always assumed that my perspective on marriage was the mass opinion.
Apparently, it is not.
Somewhere between old traditions and new culture, women never seemed to drop the idea that they need a marriage to validate their existence. Without a partner coating every moment with “I love you”, flowers, gifts, chocolate, or extravagant romance, women feel as though they are not loved or wanted.

As a woman who has declined the interest of marriage, I am fascinated by the concept that women still believe they need a partner to make them ‘complete’.  After the age of about 12 when I realized that I would never have a fairy tale romance, I discovered that I do not need another person to make me complete, especially when I can complete myself.

After watching multiple divorces and unhappy marriages in my time, I decided long ago that I did not see the purpose in marriage.
Having successfully maintained a long-term relationship for the past half-decade, I’ve yet to see any benefits to being married.  I have no dowry, no assets to share, and aside from ease of travel, insurance and a tax break, our relationship would not really alter in any way, except for a very brief week of great stress.
We sat there in silence for a brief time, until I couldn’t hold my thoughts any longer, and I asked her, that if she was unhappy with the way things were for her right now, why doesn’t she just change it?  When I am unhappy in my life, I don’t wait for a man to rescue me, I pull on my independence and run for the change with my heels clicking behind me.

“You mean you don’t think you’re life will get better once you are married?” she asked.

“ I don’t believe in marriage.”

“No.  I mean period.  I don’t believe in marriage and I doubt I will ever get married.”

“Well, then why are you in a relationship if you don’t believe in marriage?”

“Because I still enjoy his company and we meet each other’s needs.”
“Oh, so you mean that you aren’t ready for marriage yet.”
“No.  I mean that I will never be ready for marriage, because I don’t want to be married.”
“Well, you’re just young.  That will all pass when you get older.”

“We’ll see.” I said and took another long drink of my badly mixed drink.
This conversation is one of many that I have had with women my age.  I am oft to catch strange looks, off-putting comments or even exile from the conversation.
I still do not understand this reaction. Surprising enough, at least for me, I thought that my position on marriage would be common among women in my generation, but alas, it is not.

I find that there are an increasing number of women that do follow my position for one reason or another, but there is still the majority mass of women that are clutching onto this idea of marriage. I find it astounding how quick judgment is passed and my opinion dismissed simply because I have chosen to forego marriage and children.  Instead of planning a wedding, I am planning an international move, and instead of making babies, I am making money. I do not understand where this is a problem.
I stand to argue that at no point have I ever been obligates to fulfill certain expectation merely because I was born a female. As a woman who has made to the conscious desire to skip the cultural obligations of my heritage, I find myself regularly torment by the question, “but, why?”

The simple answer: because I can.  I do not need marriage.  I have the skills, education, and desire to at life alone if it so fits me.  I am committed to the relationship I currently have without the piece of paper saying that I am committed.  I am alone when I want to be, together when I want to be and what is mine is mine until I choose to share it.

Does that mean that I will NEVER get married?  Who knows? I certainly don’t.  However, I do know that it will take a large amount of convincing to show me that it’s worth the possibility of it ending.  Is that too negative? Maybe, but every relationship is going to end until one doesn’t.

The next thought is usually, “well, wait until she meets the right person, then all this ‘no marriage’ stuff will be right out of the window’.

Perhaps, maybe someday I will fall out of the roots of logic and into the emotional current that is marriage, but for right now; I’ll take independence.